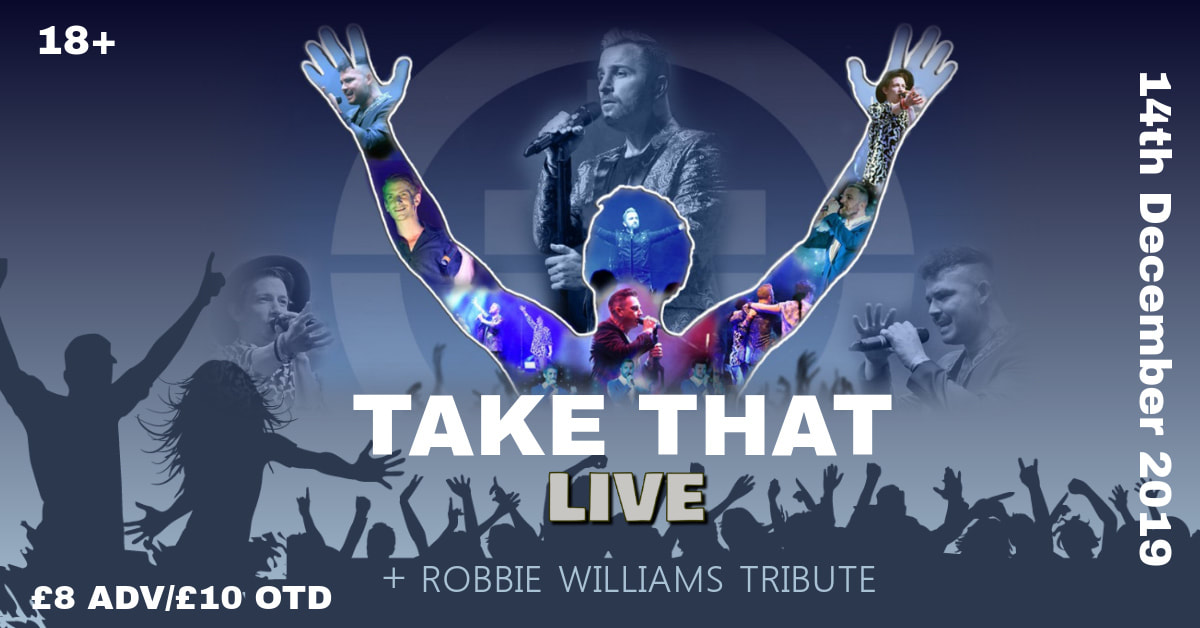 They are back   for Christmas 2019 !!  After two sell out show in 2018.
​Take That LIVE Tribute Band are as close to the real 'Take That' as possible, their costumes, vocals, choreography & appearance are as close as you can get.

They have been recognised as the best Take That Tribute Band by the Agents Association at the National Tribute Awards. They have featured on ITV, BBC3, and a documentary on E4. Gaining rave reviews from members and associates of Take That and even Nigel Martin- Smith himself, the man who created and managed Take That!

Now in their eighth year and accompanied by the best Lighting show of any Take That Tribute Band in the U.K today. They offer a 'Live' tour experience as if you were at a real Take That concert, with no expense spared.